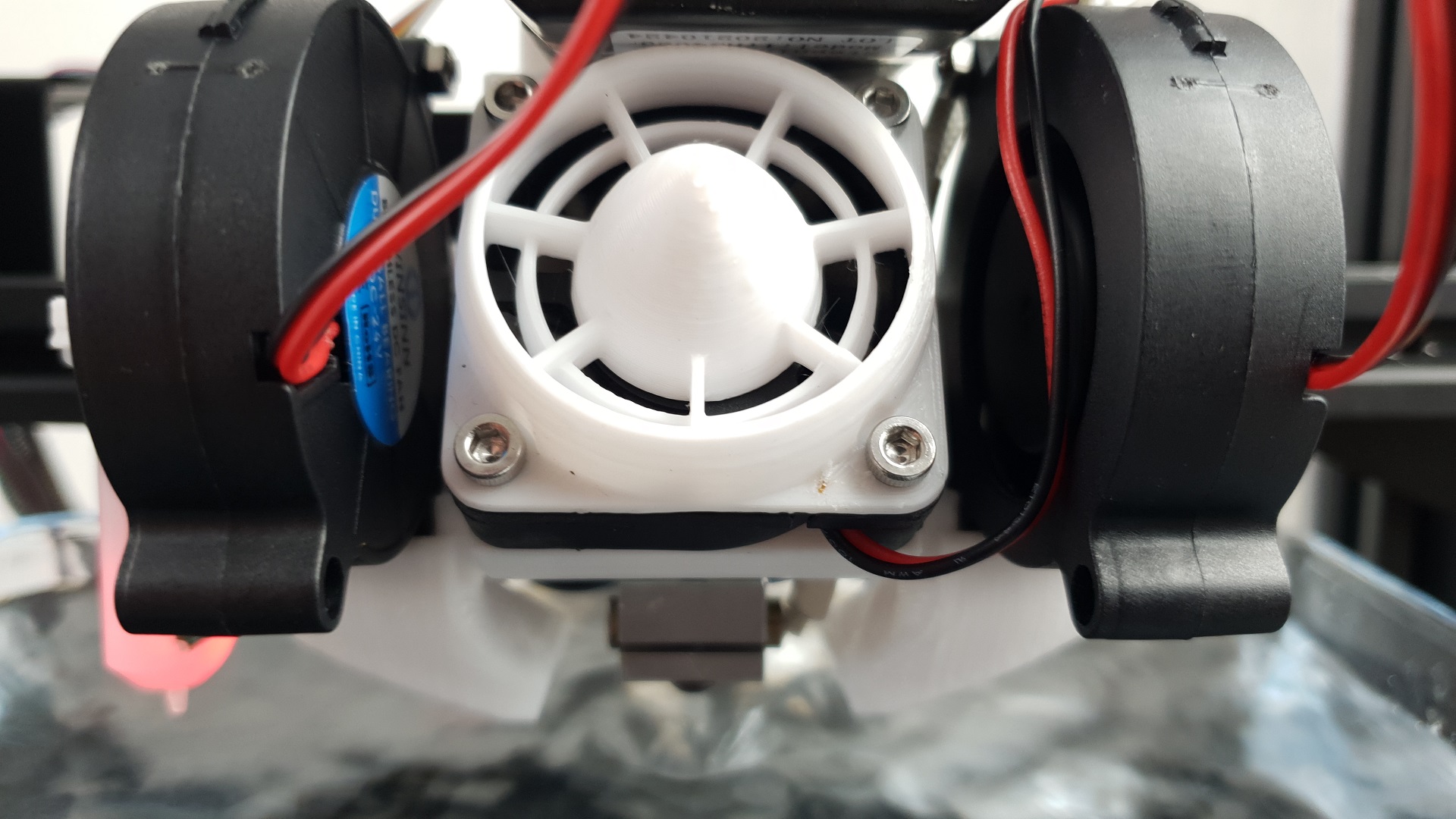 Installing & Testing the Hero Me Gen 6 extruder/cooling system on my Ender 3 Pro, with a BondTech BMG extruder, an E3D V6 hotend and a BL-Touch.

These are the parts I printed for the setup shown in the YouTube video:

With very few exceptions, the parts are already correctly oriented. The parts must be printed with supports enabled. Use supports from the build plate only.

The Hero Me Gen 6 is the most versatile mount for Creality printers: It supports 17 Creality printers, 8 hotends, 7 ABL sensors, and 7 Direct Drive extruders, over 10 million possible combinations of Hero Me setups!

This comes at a price: Finding the parts you need in the 377 parts of the Hero Me package is not easy feat, especially if you have never assembled a Hero Me before. The documentation helps but is a bit generic and confuse as it covers so many versions.

I made a number of mistakes during assembly… Hope my mistakes save you some time!

In no particular order:

The ABL sensor height must be adjusted to be 2-3 mm below the nozzle when deployed:

In the firmware, update the ABL sensor offsets, the home offset and the bed size.

The most obvious difference between Gen 6 and Gen 5 is the use of threaded inserts instead of captured nuts. Some nuts were particularly difficult to reach in the Gen5!

The part cooling ducts have been improved too, with a larger exhaust port to reduce back pressure.

To connect a 12V fan to a 24V printer, you can lower the voltage using an LM2596 DC DC converter.

Dual cooling isn’t really needed for the kind of print speeds you’ll be able to sustain on a standard 3d printer. The single fan only starts to show its limits when printing with high throughput hotends like the E3D Volcano. Note that the Hero Me designer does not recommend to exceed 70% power for dual fan setups. Using 100% power leads to adhesion issues, warping, and can even deflects the extruding filament! The purpose of using 2 fans is actually to reduce noise by running them at half speed…

Starting with linear advance, I print the K-factor calibration pattern from Marlin with K values between 0 and 0.1. The test indicates that the optimal linear advance factor is 0.04.

My Hero Me Gen 6 setup weights about 470 grams.

By attaching an accelerometer to the printhead, we can measure the response of the Hero Me to vibrations. The less the setup is sensitive to vibrations, the more it is possible to use high accelerations.

I start by shaking along the X axis. Hero Me fans tend to vibrate at very high frequencies (~110Hz). The problem is that the ducts are only attached at the bottom allowing them to flex and vibrate at the top.

Now let’s shake along the Y axis. The printhead starts to vibrate back and forth at about 38Hz. The 3d printed base doesn’t seem stiff enough to firmly support the weight of the motor at the top.

On the frequency response plots, we see 2 peaks corresponding to these 2 vibration modes.

Klipper with Hero Me Gen 6

This is provided for information only as input shapers should be calibrated for each printer. The recommended input shaper for Hero Me Gen 6 on my Ender 3 Pro is EI at 38Hz and the max. acceleration is 2700mm/s².